A transformed society where people enjoy fullness of life in harmony with God, each other and creation.

To demonstrate God's love by serving and empowering communities through a holistic and participatory approach, in order to improve livelihoods, health and equality for poor and marginalized people mainly in western Nepal.

Following the teaching of Jesus Christ; "Love your neighbor as yourself". Our values are foundational to our work. They influence our behavior and the way of our working.

- We respect all and behave in humility

- We take care of God's creation

- We share needs, resources and credit with each other

-Putting faith into action, we are proactive for sustainable solutions of problems

Asal Chhimekee (Good Neighbor) Nepal is a faith-based non-governmental organization (NGO), formed by the Pokhara Christian Community (PCC) as a social initiative in 2003. ACN is committed to serving poor and marginalized communities to bring positive transformation through improving health, education, livelihood, empowerment, capacity enhancement, rehabilitation of women with drug and alcohol dependency, disaster response and resilience. When Nepal experienced the devastating earthquake in 2015, ACN was the one of the first organizations to provide disaster relief support. ACN immediately travelled to the affected areas, assessed the need and provided emergency food items and non–food items to the earthquake survivors. The disaster response programme continues to provide emergency relief following natural disasters as well as longer term reconstruction, rehabilitation and disaster resilience. ACN mainly works in the western part of Nepal, giving priority to poor and marginalized people. However, response to disasters may occur outside ACN’s usual geographical working areas.

ACN was registered in 2003 with the Government of Nepal as a non- profit non-governmental organization. ACN was formed to carry out the vision of Pokhara Christian Community (PCC) of “A transformed Nepali society”.  Inspired by the love and teaching of Jesus Christ, PCC wanted to demonstrate God’s love by helping poor and marginalized people in practical ways. ACN was registered under the Kaski District Administration Office and affiliated with the Social Welfare Council in 2003 (2059 Nepali year). Each year ACN renews registration with both local and central government and obtains government approval to carry out projects in different districts of Western Nepal.

The name of ACN (Good Neighbor in English) is based on the story from Luke 10:25-37 in the Scripture. Jesus taught people to love each other and told this story as an example of the Samaritan as a good neighbor as he served another person in need. The Samaritan in the story cared for a beaten and injured traveler at high personal cost, even though the injured man was from a different social and ethnic group which looked down on his own group and did not treat them well. By doing this, the man reflected God’s unconditional love and care for all people. Like the man in the story, ACN aims to be a witness of God’s unconditional love by selflessly serving people in need without prejudice. 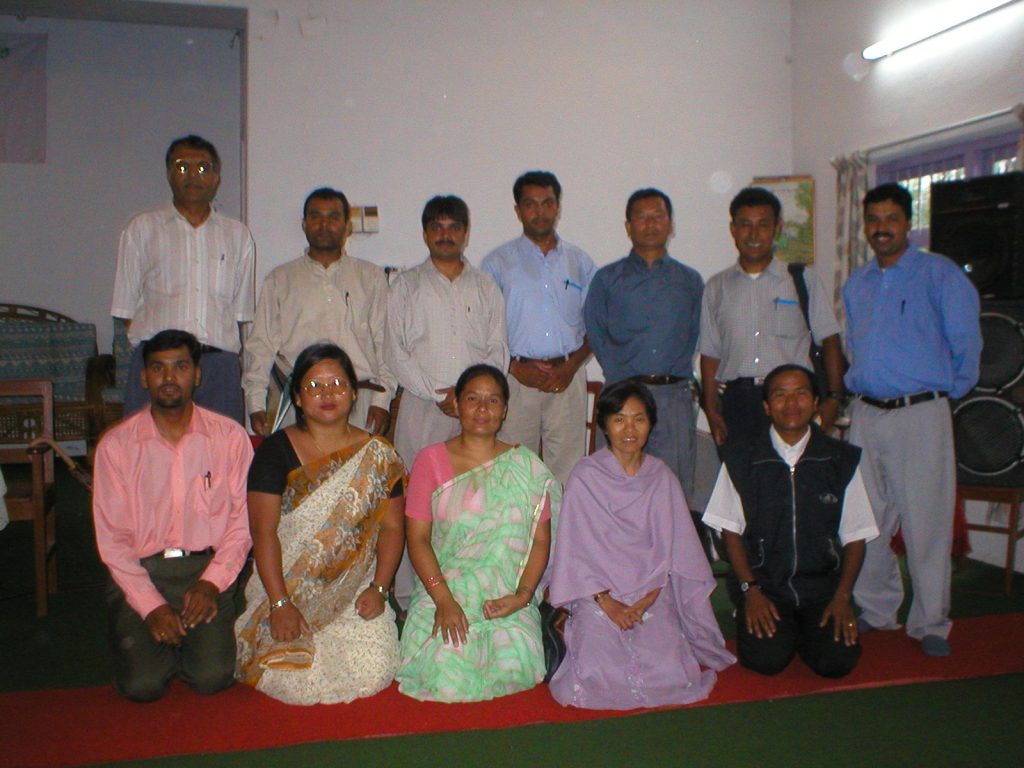 Following are the list of individuals taking responsibility as an advisor and as a member of executive committee for 3 years.

"TOGETHER WE CAN MAKE A DIFFERENCE"