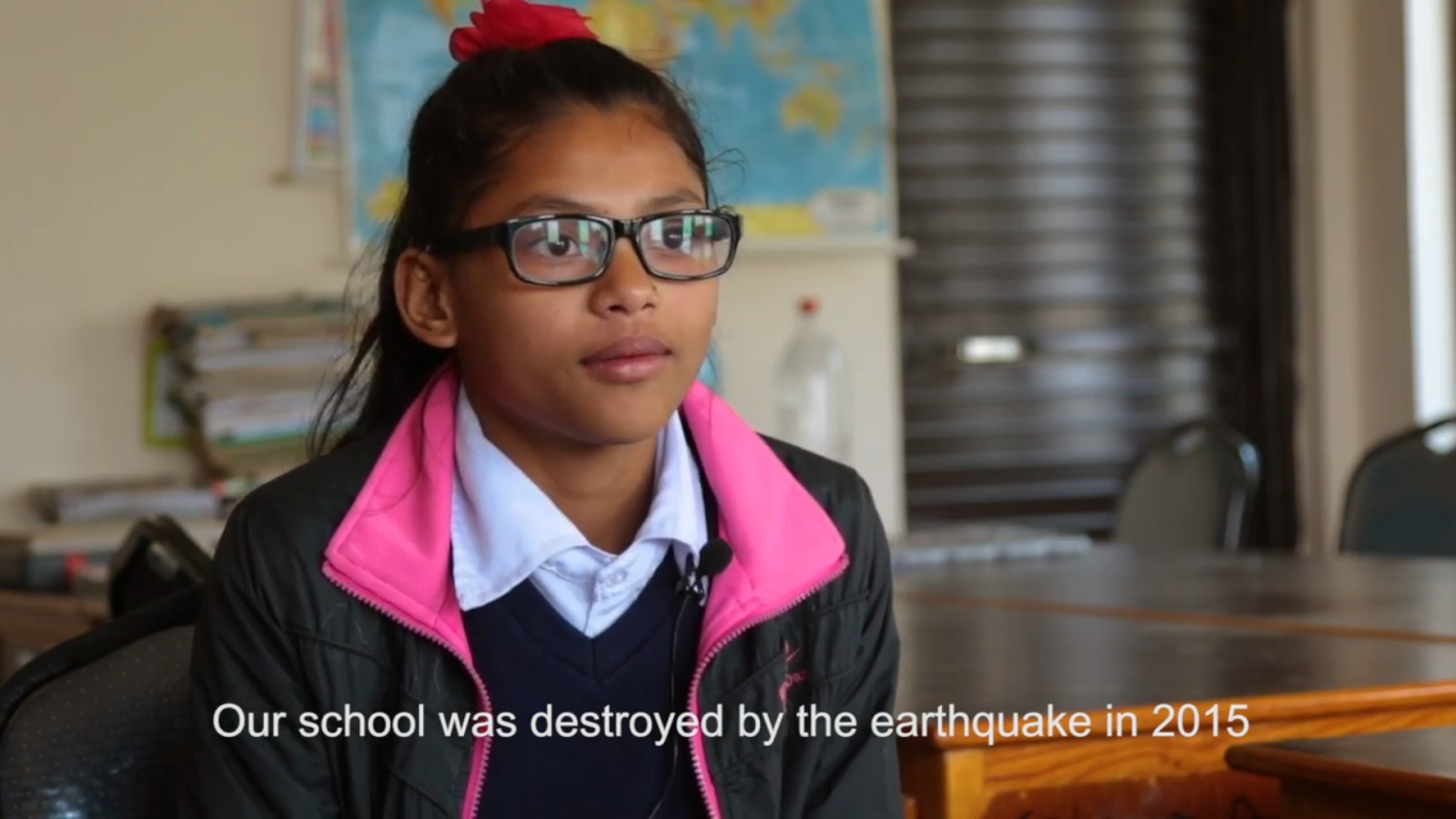 Susma Nepali tells a story about her school reconstruction in this video, which highlights the ACN response in Nepal Earthquake of 2015.

ACN long term Earthquake Response program focused on Gorkha District, the epicenter of April 2015 earthquake for its recovery, reconstruction and rehabilitation of affected families and communities.

ACN was involved in the reconstruction of damaged public infrastructures like schools and health posts which were priorities by the Nepal government as well.

ACN reconstructed four earthquake resilient schools in Gorkha District. Shree Janakalyan Higher secondary school was one of them. This school was completely destroyed by the Earthquakes of 2015. Students had to study in the Temporary Learning Center (TLC) made of Corrugated Galvanized Iron (CGI) sheets. There were difficulties for students and teachers in the temporary learning center (TLC).

On 21th May 2018 ACN handed over the Shree Janakalyan Higher Secondary School to the School Management Committee and local government of the Gorkha Municipality. The newly reconstructed school building has two blocks – each block consisting of eight rooms with facilities of disability-friendly toilets and drinking water system.

In total 271 students and 18 teachers are directly benefited with this newly reconstructed well-furnished school.

We would like to thank our funding partner kinderhilfswerk (KHW) Global – Care, Germany for partnering with us in this project. We also like to thank Siranchowk Rural Municipality, Gorkha and Shree Janakalyan Higher Secondary School for their kind cooperation in the reconstruction of this school.

We are glad to serve the affected communities.