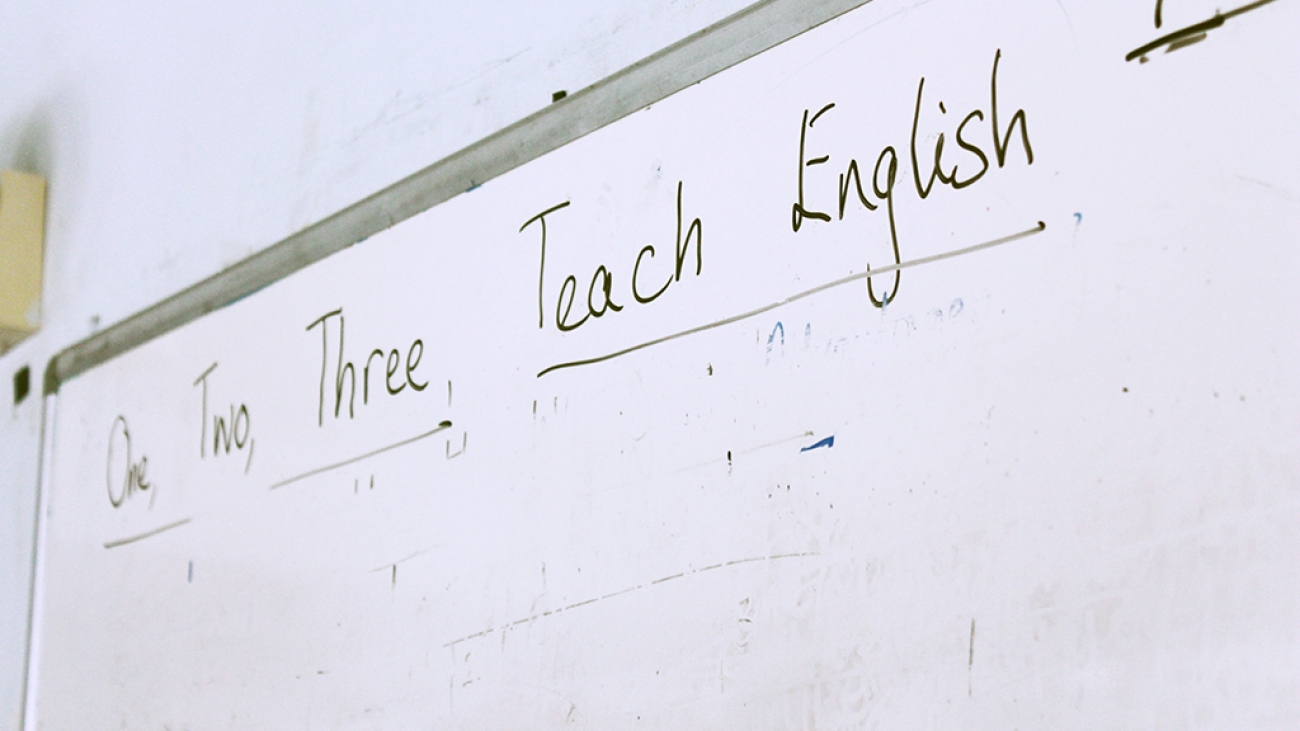 7th October, the RC Complex, a popular venue in Pokhara for seminars and trainings, was reverberant with enthusiastic murmurs of a herd of people. But the indistinguishable chatters were not native to the Pokhara’s dialect. In midst of village-style Nepali, one could hear some English sentences  followed by friendly chuckles. The day was the finale of three days long training programmes, entitled “Teachers’ Training on Teaching English” and “Basic Disaster Risk Reduction training”.

The trainings were friendly, the trainings were funny, but most of all, it was an emotional moment for everyone. The Participants from 11 schools had 14 english teachers (for teachers’ training) and 21 participants including 10 women (for Risk Reduction Trianing) were all from Shrinathkot, which at this point, we all know was a badly affected region by the Earthquake we saw, a few months ago. May be this was a milestone for everyone who participated; as a point of time where they realized: now, we have crossed the “being a victim” phase and started the “we are rebuilding” phase.

The trainers for “Basic Disaster Risk Reduction Training” were invited from the Red Cross Society Kaski. Mr. Khimraj Sapkota and Hari Bandhu Aryal both were not new to the people of Shrinathkot, as they both had been there during their emergency rescue efforts at the time of earthquake. The training covered important topics like Risk, Vulnerability, Coping capacity, Mitigation, Resilience, Early warning system and rehabilitation.

The trainers for the Teachers’ Training on Teaching English Dr. Arthur and Mrs.Hillary Jones, both with a huge background in teaching English, explained how this was going to help the teachers of Gorkha, build a sustainable and progressive community. Shrinathkot is topographically challenged and economically backward region. Eventually, the products of schools in Gorkha will have to compete with the products from major cities in Nepal for jobs and also, further studies. English is a prerequisite for career in the modern world. Hopefully, teachers from this training can produce students with good, academic English, which will help the community have hopes for a better future. And also, if these teachers can go back and train other fellow teachers from surrounding villages, this can benefit exponentially.

In the certificate distribution ceremony, the participants shared how encouraged they were by the enthusiasm of people from outside their village to help and rebuild them, and that they were confident, they could learn more from trainings like this in the future and certainly try their best in rebuilding their community, only this time, stronger and more resilient than before.
May be they can; may be they will.

Someone said, “I consider ourselves lucky to have the Earthquake”
In the certificate distribution ceremony, Rajendra Dhakal was very excited to share his feelings about the training. For one thing, he started by sharing how had been enrolled in the training.
He was on a visit in a neighboring village while he met a friend and talked about the rehabilitation going on in Shrinathkot, the friend asked which organization was working with them for this process and he told Asal Chhimekee Nepal. The friend was very happy know and told him that Asal Chhimekee was a good organization and that he was very certain that positive changes would surely be brought about.
So, Rajendra decided to recommend his own name  for the training and thus he was here.

Rajendra said,” I have learnt a lot from this training. I learnt with excitement about various topics in English, but if there is anything I have learnt the most, it is that I know nothing about English. And I am certain there will be more for us in the future. Not only in school related aspects, but I feel, we have been touched by Asal Chhimekee Nepal in everything. Now, everything is being rebuilt. Everything we are trying to build now, if completed, will be better than what we ever had. Sometimes, I think to myself, it was a good thing for us that the Earthquake came and destroyed everything, because that made room for us to start building from scratch. We are very lucky have the partnership and expertise of Asal Chhimekee Nepal.”

The crowd seemed to welcome his thoughts and it seemed as if he had spoken the words from their own hearts. But ACN itself felt it had a lot to do; with so much appreciation from the community and the knowledge that it had a lot more to do, partnering, learning and teaching with this community. Everybody was happy but everybody knew there was a lot more to do. But that’s what milestones are for… congratulate you on how successful you have been in reaching the goal while also reminding how much further you still need to go, energizing with the success you have achieved.

Picture Gallery of the Event 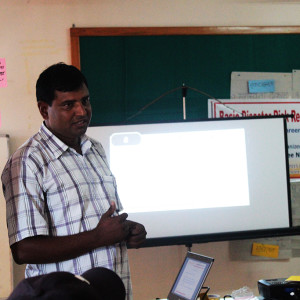 A trainer at the the risk reduction training 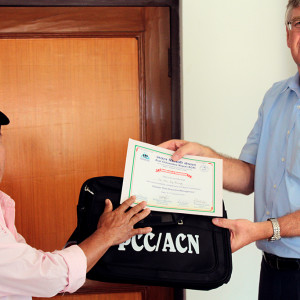 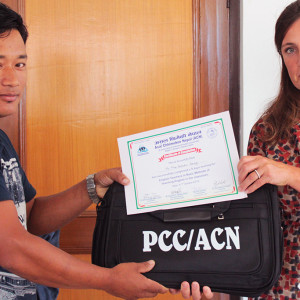 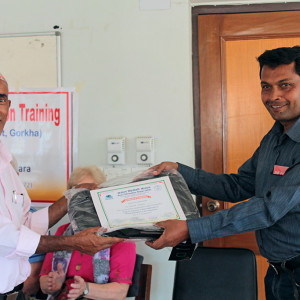 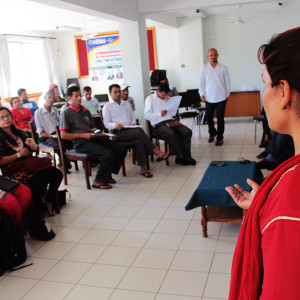 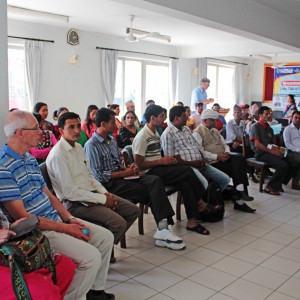 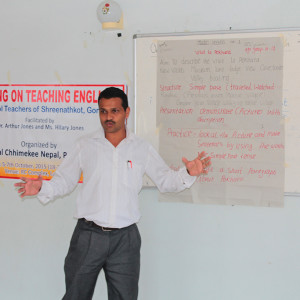 A Trainee presents his Group Task in front of the Class 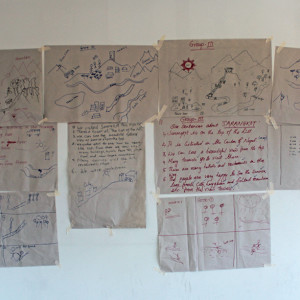 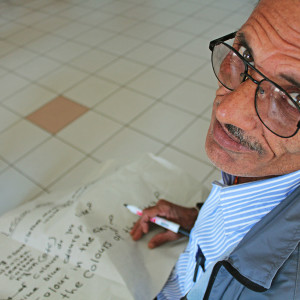 An English Teacher from Gorkha

A Trainee at the Risk Reduction Training 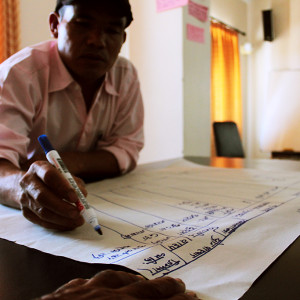 Trainee at group work at the Risk Reduction Training

A trainee from Gorkha 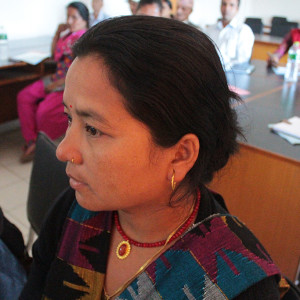 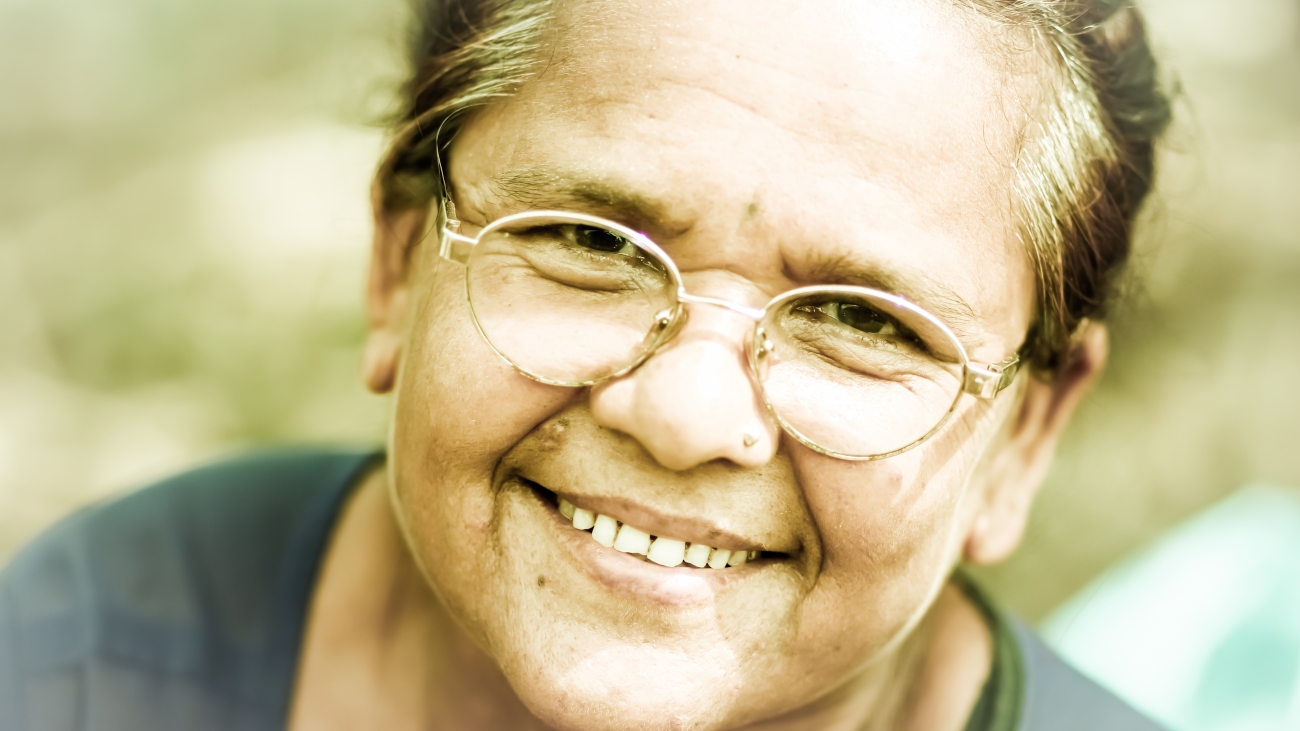 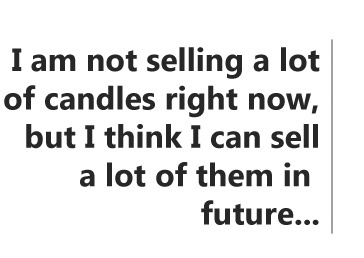 Battimaya is of old age and lives in a small mud house  with her son, his wife and their children in remote village of Nawalparasi . Just like most of the villages in Nepal, Nawalparasi houses many families that are struggling to join their hands and mouth. Battimaya Sunar was one of many such women.

She says that she was not only worried that she was unable to generate any income for her family, but also because she was idle most of the days.
But with the help of Asal Chhimekee Nepal, a group named “Pragati” was formed in her village where the group was encouraged to start a saving and credit scheme.

Battimaya being one of the executive members of the group, participated in various events of the group. She also engaged herself in a candle-manufacturing training.

Being an old- aged woman, farming or other activities like tailoring was difficult for her. Making candles, though not easy, was right for Battimaya and selling them would help her make some money for herself. At first, she hesitated to start the business thinking that she was not quite capable but with a lot of encouragement from the group members and ACN staff, she thought of giving it a try. And so, she took help of fund from her Self-Help Group and bought herself a cast for making candles. Things have taken a swift advance since then.

Now, she often takes the opportunity to market and sell her candles to anybody who goes to visit her but also takes her candles to the local shops and sells them.

Nepal has a long sessions of power-cuts, candles are important goods in the villages of Nepal and has a fairly good market.

Battimaya does not sell candles at an industrial scale but she says that the business has been able to embed some new perspectives to her life and she has future plans to grow the business into higher levels one step at a time. She says she is content with taking the decision to start the candle- making business.

Saving and credit groups have become a great boon for the village economy. In Nepal, it has promoted the habit of saving and also has encouraged people to try out their micro- enterprise of their interest. Apart from this, there are many stories of people who have changed their personalities from shy and house- limited to dynamic and social.

Many stories like Battimaya encourage us and many like us that the changes that are occurring are slow but gradual and with a combined effect of many like us, the transformation of our society is just in the nearest horizon. 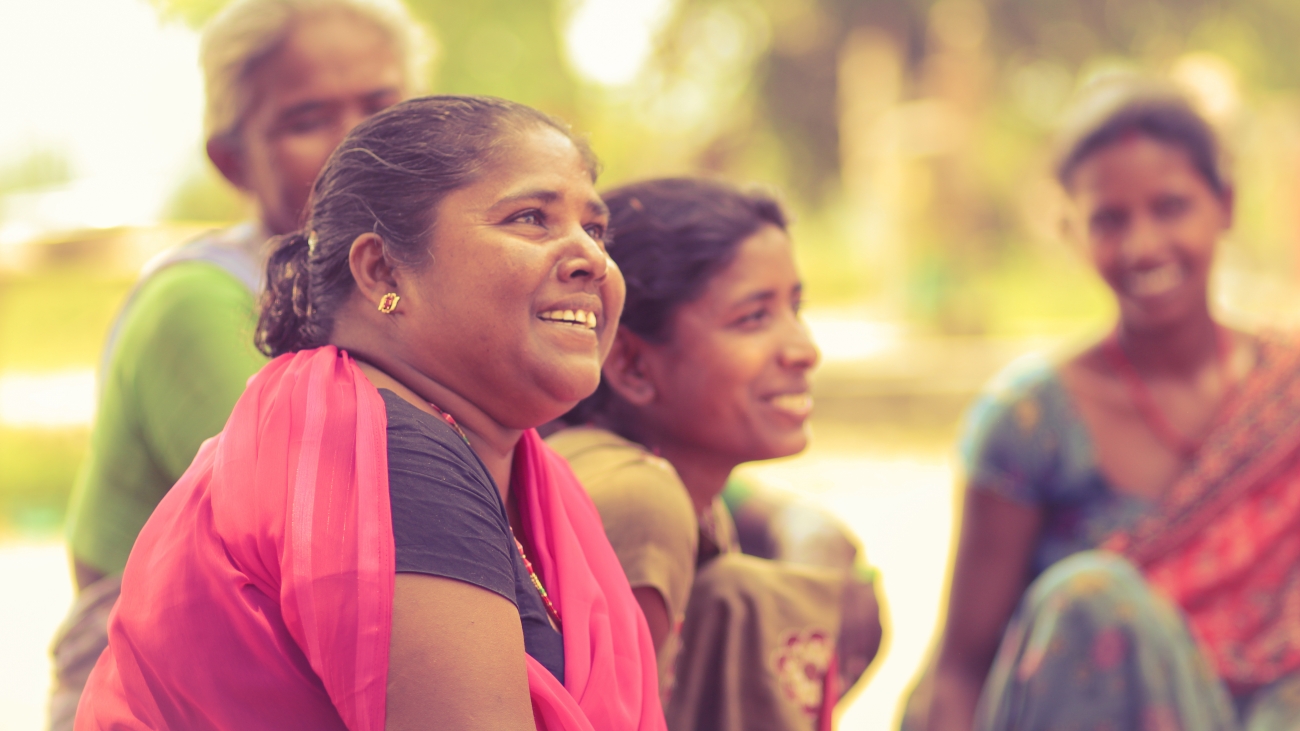